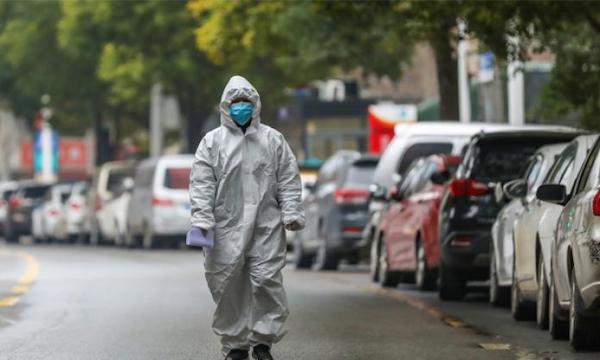 (Suggestion by Dr Giorgos Charalambous)
Originally published: Red Flag (March 2, 2020)
What to do if confronted with an extremely contagious virus that medical experts say they have not seen before and don’t understand, and which is fast spreading and killing hundreds of people? a) Take precautionary measures to stop the virus spreading and prepare the health system for a potential shock? Or b) Ignore it, blithely assert–without any evidence–that it is little different from the common flu, accuse your adversaries, who are taking it more seriously, of scaremongering for political gain and then, when a pandemic is imminent and doctors still can’t say exactly how bad the virus is, tell everyone that everything’s under control despite little to nothing having been done to prepare for a local outbreak?If you are the current president of the United States, it’s been choice “b”. Aside from temporarily denying entry to foreign nationals who visited China prior to their arrival, any talk about the U.S. facing a problem was, in Donald Trump’s mind, a Democratic Party and fake news media conspiracy to undermine his presidency and bring down the stock market. He was backed, of course, by right wing media whose main concern is to overhype the threat of immigration and combat threats to the president rather than threats to national health. For a period, Trump’s position was also echoed by writers in outlets normally critical of the White House. An early February Washington Post headline read: “Get a grippe, America. The flu is a much bigger threat than coronavirus, for now”. “Don’t Worry About the Coronavirus. Worry About the Flu”, offered BuzzFeed a few days earlier.

From the beginning, medical experts were clear that they simply did not know how bad or otherwise the virus was, yet many non-experts seemed to have an opinion. “Why so many journalists must act like propagandists rather than independent thinkers is a question for another time”, Vanity Fair contributor T.A. Frank aptly wrote in a mid-February response, before noting that the mortality rate is believed to be about 20 times that of the flu–about the same as Spanish flu, which killed tens of millions in 1918-20. And, as Frank also noted, unlike the flu, the rate of critical cases is high enough to overwhelm emergency departments.

When the pressure to take action became too great, Trump appointed vice president Mike Pence to oversee the U.S. response, which tells us a lot about the seriousness with which the outbreak was being taken. Pence is known for a certain “anti-alarmism” when it comes to public health crises. When running for Congress in 2000, he wrote such credible lines as: “Despite the hysteria from the political class and the media, smoking doesn’t kill” and “Global warming is a myth … CO2 is a naturally occurring phenomenon in nature”. As governor of Indiana from 2013 to 2017, he oversaw an HIV epidemic linked to needle sharing among opioid addicts, having cut funding for the last HIV tester in the county where the epidemic exploded, and having resisted calls for needle exchanges. “Sadly, this outbreak was preventable, given all that we know about HIV and its links to opioid addiction, yet adequate treatment resources and public health safeguards were not in place”, the National Institute on Drug Abuse wrote at the time.

The same thing could have been written about the coronavirus, which is reaching pandemic proportions. Adequate treatment resources and public health safeguards were issues in Wuhan, China, where the outbreak began, and will be issues in many places as the virus spreads. According to several witness accounts, and the evaluation of medical observers, the initial response from those in power in China was denial, which led to a failure to prepare an adequate health system response. Authorities in Wuhan were too concerned about an upcoming political conference and celebration to allow doctors’ warnings to spoil the party (sounds eerily like Trump). After several weeks, when the epidemic became too big to ignore, denial was replaced by panic. The largest quarantining experiment in human history followed, but the health system was unprepared and totally swamped. Who knows how different the course of the outbreak would have been if, in those first crucial weeks after the virus was discovered, authorities had acted decisively to contain the outbreak and prepare the medical system?

The ruling Communist Party imposed a massive lockdown on hundreds of millions of people to stop the contagion. Those in Hubei have suffered enormously for the authorities’ botched response. The World Health Organization’s Bruce Aylward, who led an international mission to China, told Science magazine that the aggressive containment bought time for other provinces to prepare and prevented “probably hundreds of thousands” of cases across the country. Yet, instead of doing all it could to avoid a repeat of Wuhan by using the time to prepare the U.S. health system, the White House was thinking of the economic opportunities China’s crisis was offering. Commerce secretary Wilbur Ross said the outbreak “will help to accelerate the return of jobs to North America”, while the president’s trade adviser Peter Navarro said that there would be no tariff relief even if the Chinese economy began to tank because of the epidemic. Reportedly, officials have been leaning on U.S. companies with operations in China to repatriate them to the U.S. as part of Trump’s “America First” nationalist project.

By the end of February, the virus had breached all of China’s internal containment lines, and the U.S. and most of the world seem ill-prepared. The U.S. opened quarantine sites at Travis Air Force Base and March Air Reserve Base in California for U.S. citizens returning from China. But a whistleblower filed a complaint alleging that protocols were lax and staff were put at risk. “I soon began to field panicked calls from my leadership team and deployed staff members expressing concerns with the lack of … communication and coordination, staff being sent into quarantined areas without personal protective equipment, training or experience in managing public health emergencies, safety protocols and the potential danger to both themselves and members of the public they come into contact with”, the whistleblower wrote. Soon after, the New York Times reported on the first U.S. case in a patient with “no known contact with hot zones or other coronavirus patients” emerging near Travis Air Force Base.

Jason Schwartz, an assistant professor at Yale School of Public Health, recently told the Atlantic’s James Hamblin that authorities should have been preparing since the SARS outbreak of 2003. “Had we not set the SARS-vaccine-research program aside, we would have had a lot more of this foundational work that we could apply to this new, closely related virus”, he said. A vaccine is at least 12 months away, underlining the point Hamblin, also a lecturer at Yale School of Public Health, went on to make: “Long term government investments matter because creating vaccines, antiviral medications, and other vital tools requires decades of serious investment, even when demand is low. Market-based economies often struggle to develop a product for which there is no immediate demand and to distribute products to the places they’re needed”.

The U.S. health system is the embodiment of market-based capitalist logic: for-profit, user-pays and dominated by the pharmaceutical and private insurance industries. It is the only major developed economy without guaranteed paid sick leave and universal health care. That makes it probably the most ill equipped of all countries in the developed world to deal with an outbreak. How on Earth are infected people to self-isolate for 14 days if they live paycheck to paycheck without leave entitlements? How are they supposed to be diagnosed if they have to pay more than $3,000 to be tested–which is what happened to a Florida man who returned from China in February, according to the Miami Herald. How will an epidemic be contained if half the people infected can’t afford medicines or hospital care?

That’s the question facing the US. As Western governments defund public health systems, give subsidies to the private health sector to move to user- and insurer-pays systems, and attack workers’ rights and conditions of employment, it’s increasingly a question facing even those countries with good public health records, which are likely to be relatively unscathed by this coronavirus. It doesn’t bear thinking about the carnage that could unfold in countries with worse health systems than China if they too are faced with an epidemic. With more than 3,000 people dead, many countries are instituting or extending containment measures.

“At some point the expectation that any area will escape effects of COVID-19 must be abandoned”, Hamblin concluded. “The disease must be seen as everyone’s problem.” Yet it’s reasonable to assume that those with economic resources–multi-millionaires, executives at insurance and pharmaceutical companies, politicians–won’t see it quite that way if the pandemic is particularly vicious. More likely it will be poor and working class people shunted into inadequate, hastily constructed mass quarantines away from the better care of private clinics catering to the wealthy.

And working class people will face stark choices that those with money will not: the choice between poverty and risking infection. Casualisation and short term contract work–precariousness–are a feature of a large section of the workforce in every country. Those people already go to work with the flu and other illnesses every year because they can’t afford not to. Often, they live in apartment blocks or shared accommodation. They don’t have the money to pay for other family members to ship out to a hotel for a week or two if one of them gets sick. By contrast, those with resources have greater flexibility to take time off work. They have the means to sustain themselves in isolation and hire people to do chores for them. They live in large houses rather than cramped apartments, so are naturally more quarantined from human contact when needs be.

Like every other recent health crisis, there is nothing about the coronavirus pandemic that will likely change many establishment minds about the need for workers and the poor to have more rights and more resources–universal and free health care, a month of paid sick leave every year and so on–let alone a world run to satisfy human needs rather than expand the egos of political leaders or the bank accounts of health industry executives.

Ben Hillier is an editor for Red Flag.